Alumni in the Arts

ASHLEY YARCHIN LLC provides professional curatorial and design expertise to both private and corporate collectors. Ashley’s passion and practice are based on an appreciation – both aesthetic and academic – for artful objects and their impact on the places in which we live and work. Thus, her designs showcase a dynamic mix of vintage, contemporary, and custom pieces.

Ashley earned a master’s degree in modern and contemporary art and its markets from Christie’s Education in New York City. Simultaneously, she studied at the New York School of Interior Design. She also holds a master’s degree from the Medill School of Journalism at Northwestern University in Chicago as well as a bachelor’s degree in comparative arts from Washington University in St. Louis. Ashley’s prior professional experience comes from an accomplished career in television news – an industry in which she received two Emmy awards and more than a dozen national and international accolades for her work as a reporter and anchor.

How did you make it from your life at NSU University School to where you are today in your career?

Gad: Well, my life at NSU University School, specifically under the guidance of the Fine Arts Department—at that time, led by a man named Brent Pesola and also Tom Gress and Charlie Redler—really pushed me toward my love of drama and gave me incredible opportunities to hone my craft. Speech and debate was something that I gravitated to in about seventh grade, and Danny Swerdlow, who was a few years ahead of me and doing exceptionally well in forensics, was one of the major influences in pushing me in that direction. It became a passion and defined me for the better part of four years. On top of that, we had, and continue to have, an exceptional theatre department. So, every opportunity to be on a stage from playing Tevye in Fiddler on the Roof to being Nicely-Nicely Johnson in Guys and Dolls gave me the love, the passion, the work ethic that would then translate into my career. I knew by late junior year that my preference for further education was going to be in a more intensive fine arts program, a conservatory. The guidance counselors there really helped me identify the best schools for my needs, and that’s how I wound up finding and ultimately going to Carnegie Mellon Drama.

So you’re a writer, as well. You write with USA Today and The Huffington Post. How has your life and your education prepared you to do more than theatre and acting?

Gad: That’s 100 percent USchool. And, I’ll tell you why. Because I went to a conservatory program, I didn’t take liberal arts courses that would allow me to continue my literary studies or take an English focus in college. As I sort of evolve in my career, writing becomes more and more of a central focus of my goals, and eventually I hope to write a book. I continue—even in writing screenplays—to utilize the skills that the amazing teachers that I had at USchool gave me.

If you could send one message to the students of NSU University School and the alumni about the community that you feel here, what would that be?

Gad: I would say that if success is a measure of all of the elements that came before that pivotal moment where you sort of cross the threshold from I can do it to I am doing it, the seeds of that success were all grown during my time at NSU University School. For that, I am forever grateful. And, I believe that is an amalgamation of not only the amazing education that I was given but also the amazing resources that I was given. Going back to the school, I saw that all of those resources have tripled in some cases. I am fortunate enough to go to different schools all over the country, and I have to tell you, USchool for me is so far beyond most, if not all of those other facilities. I think it comes down to the love that everybody has, who is either currently there or has been there. There is a deep, profound respect because we all know that USchool has launched so many of our lives. That’s the greatest element. It continues to build on the legacy that has come before. I’m in awe of the well-roundedness of a USchool alum; and now more than ever, the opportunity to do anything that you want to do coming out of that school is available. I think that colleges and beyond look at USchool and say, “That’s an incredible program.”

With moments in your career and in your life when you feel like you may not be nearly as successful as you were at other times, how do you take those moments and still continue and grow and develop and become even more successful?

Gad: Look, I graduated college feeling like I was on top of the world, but the truth was, it was really rough. Three consecutive years of non-stop rejection is enough to lead you to the conclusion that maybe it’s just not going to happen. And, I had sort of given up. I was like, “I’m not cut out for this.” I was going to go to law school, and my mom sat me down and said, “I’m disappointed in you,” and she started crying. I said, “Why are you disappointed? I would think that you’d be thrilled that I’m actually going to do something with myself.” And she said, “I’m disappointed in you because you spent 16 years dreaming of being an actor and only 3 years actually trying to carry out that dream, and I think that’s an unfair ratio.” How can you argue with that? About a week later, I auditioned out of the blue for this Broadway musical called The 25th Annual Putnam County Spelling Bee, and as fate would have it, I landed the gig. And it changed my life. 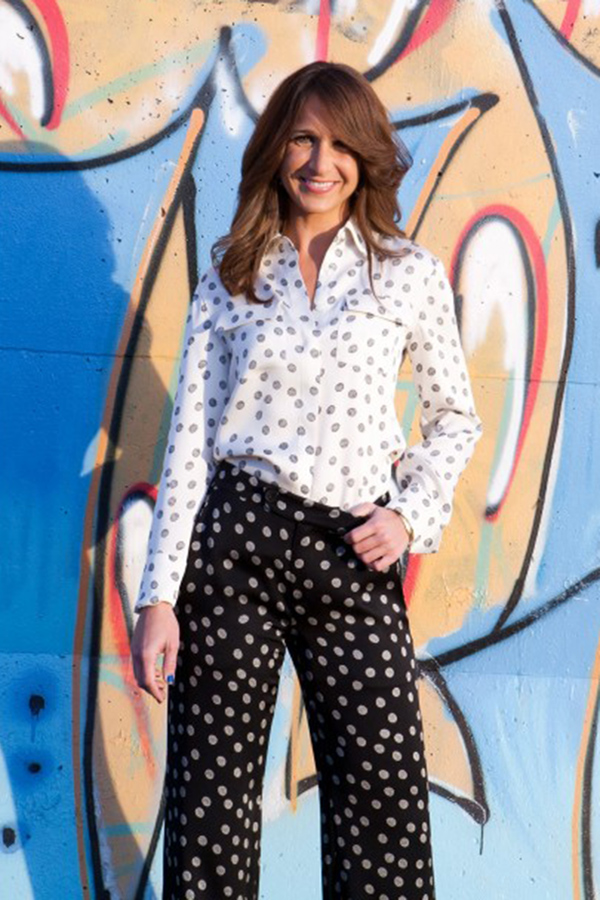 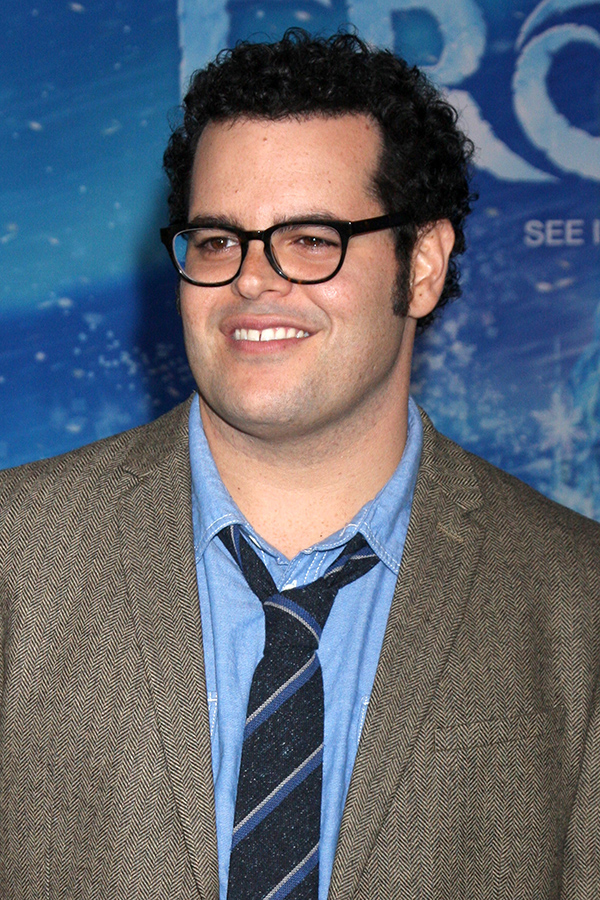 Andrea, a former Valedictorian, spent almost three weeks of her summer rehearsing for and appearing in a one-act play at a festival in New York City. This was a dream come true for her because she had spent many years performing in scholastic and community theater productions in Florida.

Jonathan produced and directed a documentary, Made in Venice. It is the inside story of the streetwise skateboarders of Venice and their endless struggle to make the dream of a skate park come true.

His books have appeared both on international and New York Times bestseller lists. They have been translated into over 30 languages. You can often read Matthew’s non-fiction works in the New York Times and the Boston Globe.

Mandel was promoted to vice president of unscripted development for Nickelodeon. In his new position, he heads a team overseeing the network's new game show and reality show projects. He’ll also be seeking new ideas from production companies for future unscripted programming.

Mandel has been with Nickelodeon for more than two years and has developed and headed up production for shows including Paradise Run, React to That, and Webheads. The network premiered JOJO SIWA: MY WORLD on Nickelodeon; Mandel was one of the executives overseeing this new, exciting project.

Alan has been a successful television and web freelance animator, producer, and director for over a decade and currently holds the title of Supervising Producer on Nickelodeon’s Welcome to the Wayne series.

He has previously completed projects for PBS, Nicktoons, BET, and Discovery Kids. Alan is also the director and animator on the award-winning music video The Light That Died In My Arms, which has screened in festivals around the world. He currently runs Alan Foreman Animation from his Brooklyn-based studio.

Adan is an entertainment and corporate attorney in Dallas, yet he still finds time to pursue his creative passions. He is currently filming The Epoch and just completed the film short Moxon’s Master. In 2017, Adam produced Frackers and was an Associate Producer on the film Bomb City.

Frozen fans will be excited to learn that Josh is bringing the character of Olaf back to the big screen in Frozen 2, scheduled for release in 2019. It was hard to visit the movies in 2017 without getting a glimpse of Josh who appeared in several feature films including A Dog’s Purpose, Beauty and the Beast, Marshall and Murder on the Orient Express. He was also the voice of Olaf in the film short Olaf’s Frozen Adventure. Josh also found time to provide the TV voices for characters on South Park and Star Wars Rebels. He is currently filming the movie Artemis Fowl and just wrapped up production on Little Monsters, a zombie romantic-comedy, horror film!

2017 was a busy year for Seth who could be seen on TV in recurring roles on both Genius and Salem. He is currently filming his second season of

Genius. Prior to these appearances, you might recognize him from American Horror Story or Arrow.

A graduate of Harvard University and NYU Graduate Film School, Shawn is an independent filmmaker. He co-wrote and directed his first feature film entitled To Dust, which is scheduled to be released in 2018 and will premiere at the Tribeca Film Festival on 4/22. Shawn has also worked as a sound editor and mixer, as well as a producer on several television and film projects. His pre-thesis film, Festus, won the 2014 CINE Golden Eagle Award for Best Student Drama, and he won the Sloan Student Grand Jury Prize of $100,000 to help produce To Dust.

Danny is a Brooklyn-based editorial and commercial photographer and frequent contributor to the New York Times. His clients include Adweek, Billboard, Rolling Stone, TIME, and Vogue.

Danny recently decided to follow another of his passions—studying, understanding and helping people be the best they can be. He completed the coaching program at NYU and now helps clients make the pursuit of happiness rewarding and fulfilling.

Dan became the Supervising Producer on Netflix’s reboot of the television series One Day at a Time. Prior to this role, Dan can be credited with producing 13 episodes of the series and writing four.

Brett is a successful model, actor, and entrepreneur. He has appeared on television in Hopelessly Awkward (2010), The Brotherhood Alumni (2009), Criminal Minds (2005), and appeared in national commercials for Taco Bell. He has modeled for the likes of Hollister Co., Armani Exchange, Emporio Armani, and Target Corporation. In 2011, Brett started a successful clothing company called good hYOUman, of which a portion of its profits goes to help people with leukemia and lymphoma (in memory of his father).

Kudos to Alex who was cast in the highly-anticipated show Harry Potter and the Cursed Child, making its Broadway debut this spring. You can also look for Alex in the role of Jordan in the upcoming political thriller The Pages in theaters later this year.

He was awarded the Joseph Jefferson Equity Award for his performance in the play Hand to God at Chicago’s Victory Gardens Theater this past year. He can also be seen on episodes of NBC’s Chicago Med and Chicago Fire.

Hayley has picked up a side gig as a contributing writer for Thought Catalog. Her pieces cover the usual foibles and triumphs of the single, 20-something girl in New York City

Harry recently did a full hour of stand-up comedy at the Swampcon Convention in Gainesville, Florida.

When Renata was a sophomore at UCLA, she interned for Skydance Productions, which is responsible for films such as Mission Impossible-Rogue Nation, Terminator Genisys, and the Netflix Series Grace and Frankie.

Since June 2017, Renata has been a Television Development Intern at both BBC America and AMC Networks where she led the creation, development, and pitch of “The Next Big Idea” intern project to AMC. Renata is also the Special Events Coordinator for HOOLIGAN Theatre Company and the UCLA Campus Director for University Tees. Renata will graduate from UCLA May 2018.