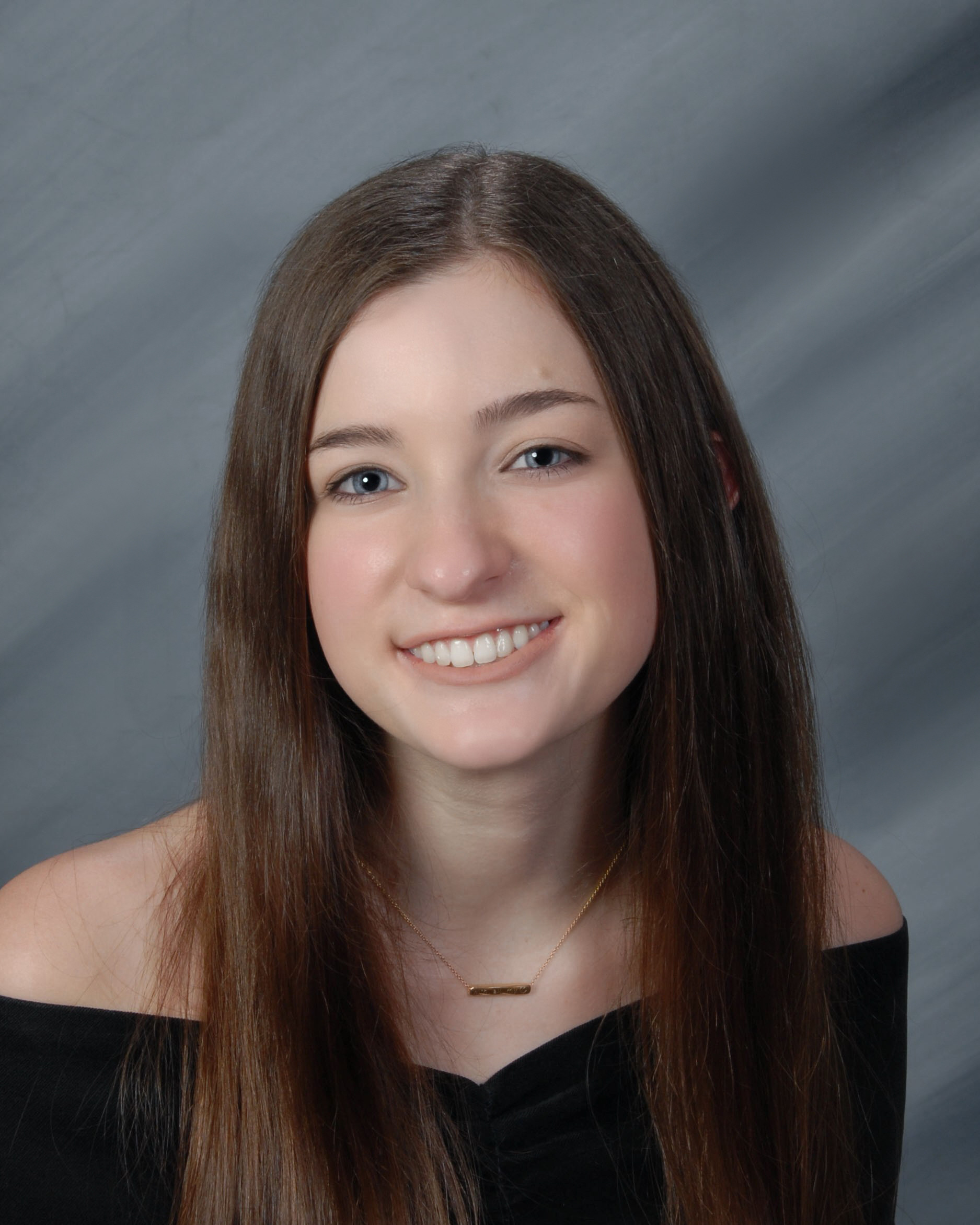 There’s no question that students have faced unprecedented challenges this past year, but senior Peyton Ronkin did not let that get in the way of finishing her final year at NSU University School (USchool) strong. Since we last interviewed Ronkin back in June for her recognition as a 2020 Bank of America Student Leader, she has earned numerous additional awards, both for her academics and extracurricular involvements, including the title of class co-valedictorian.

Recognized for her exemplary leadership, service, and academics, Ronkin was recently named a 2021 Coca-Cola Scholar and will receive a $20,000 college scholarship, making history as the first USchool student to receive this prestigious award regarded as one of the top honors in the country. She also was selected as a National Merit Finalist, an award given to less than one percent of the country’s top graduating seniors, for her academic ability and potential for success in rigorous college studies and will be considered for National Merit Scholarships offered this spring. Additionally, Ronkin is one of 787 seniors in the state to be designated a National AP Scholar.

The Speech and Debate program has been a big part of Ronkin’s USchool experience. Competing on the national circuit in Public Forum Debate, she is currently ranked first in the state of Florida and second in the nation out of approximately 3,000 teams. Having earned eight bids this year to the prestigious Tournament of Champions, Ronkin and her debate partner received the honor of top female-female team in the country. From more than 141,000 student members, the National Speech and Debate Association named Ronkin an Academic All American, which recognizes students on the basis of academic rigor, speech and debate success, and personal excellence. She was also selected as a nominee for the Miami Herald's Silver Knight Awards in the Speech and Debate category for applying her knowledge and talents to contribute service to our school and community.

In her AP independent research study class last year, Ronkin conducted a yearlong research project on the gender gap in the speech and debate community and analyzed how to overcome the disparate treatment that she experienced. After interviewing female leaders from across the country, she created a blog titled Balance of PowHER to inspire young women by sharing stories of female leaders who overcame gender barriers in their academic and professional pursuits.

“With the support of my coaches, I have used the debate space to address inherent gender inequality in the world,” Ronkin said. “In the process, I found my voice by discovering that when I speak up, I am advocating for a group larger than myself. My hope is that the stories of incredible, successful women will help young women realize that we are not defined by ingrained stereotypes and artificial barriers.”

Ronkin has been a USchool student since the age of four, positively impacting those within our school and local community over the years. Not only was she involved as a debater, but she also served as president of I Care I Cure, vice president of Debbie’s Dream, treasurer of Mu Alpha Theta and the Spanish Honors Society, and was on the Florida executive board of Beyond Resolved. She also served as co-president of Math Circles, an enrichment group devoted to fostering a love of math in elementary-aged girls without gender barriers. In her role as the National Honor Society’s vice president of membership, Ronkin helped launch a virtual tutoring initiative to match students with members of the society that are strong in particular subjects.

“By getting an early start, I was able to cultivate a community that has been like an extended family,” Ronkin said. “I love USchool because of the academic and extracurricular opportunities, the supportive environment, and the amazing friends and teachers I have met throughout my time here. “

Growing up, Ronkin learned that the key to success is to never give up and to finish what she started. Instead of giving up on her community service efforts when faced with challenges brought on by a global pandemic, Ronkin decided to spend her time in quarantine finding new ways to safely continue giving back through Dipped with Love, a nonprofit organization she created to raise money for gentler cures for childhood cancers. Although the demand for her baked goods suddenly diminished since parties and holiday celebrations came to halt, she continued to support cancer charities by donating individually wrapped treats to support their socially distant fundraising events. To show frontline healthcare workers her appreciation, she donated more than 1,500 treats to the staff at various Memorial Healthcare hospitals since May 2020.

During this time, she also decided to experiment with new recipes and expand her baked goods selection, developing a new line of sprinkled and decorated sugar cookies that quickly became popular for birthday celebrations and college acceptances. To abide by safety guidelines, she began offering contactless delivery and transitioned to an online payment system. Since its inception in 2015, Ronkin has raised more than $20,000 by dipping over 10,000 chocolate-covered pretzels, 3,000 chocolate chip cookies, 1,000 sugar cookies, and 50 batches of matzah crunch in support of various cancer organizations.

As someone who leaves nothing to chance, it’s no surprise that she has reached this level of success at a young age. Ronkin’s parents instilled in her and her two siblings, Skylar (‘19) and Jacob (‘16) who were also named valedictorians, the value and importance of education and hard work, building a strong foundation early on that Ronkin will continue to strengthen as a student at the University of Pennsylvania. She plans to study philosophy, politics, and economics and pursue a minor in survey research and data analytics.