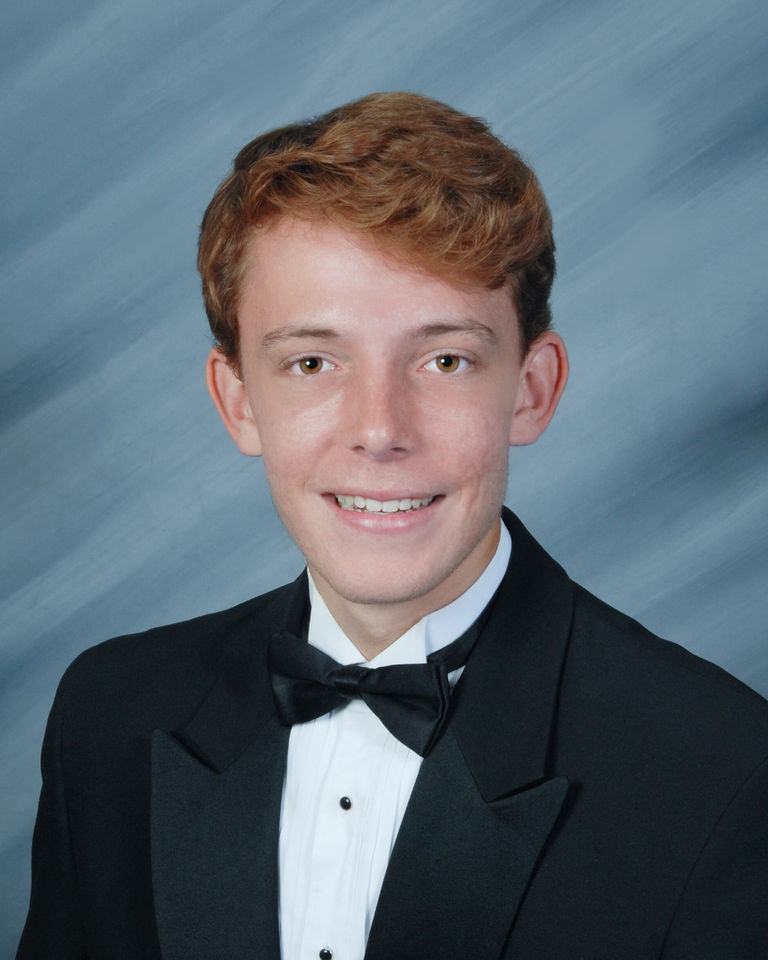 I want people to think of me as someone who not only cared about academic excellence, but also someone who excelled on the baseball field, maintained close friendships, and offered to help other students succeed.

As an NSU University School student for the last four years, Alexander Wertman's time in the Upper School has been nothing short of a home run. At USchool, Wertman has been able to cultivate his passion and curiosity for STEM-related subjects, hone his technical and leadership abilities on the baseball field, and serve as an inclusive, personable role model for other students. His hard work has culminated this year by recently being named a National Merit Finalist and the Salutatorian for the Class of 2019. He will be attending the University of Michigan in the fall.

Upon admission into USchool, Wertman met with an Upper School guidance counselor who recognized his promise in math and recommended that he participate in the Math Fellows program, which has allowed him to take the school's most rigorous math courses, such as Multivariable Calculus and Differential Equations, at an accelerated pace. Wertman's skills in math also manifest through his involvement in the school's Math Team and the Mu Alpha Theta Honor Society. Wertman also developed a significant interest in science and engineering at USchool. Advanced Placement courses such as chemistry, physics, biology, and computer science have challenged him intellectually and opened his mind to new ways of thinking, he said. His sophomore year, Wertman competed in the University of Florida Chemathon and placed second out of 130 students in the individual written competition. He is also a member of the National Science Honor Society, president and co-founder of Mobile App Development Club, was named the recipient of USchool's Outstanding Mathematics Scholar and Risley Outstanding Science Scholar awards, and received a perfect score in the Chemistry and Math Level 2 SAT Subject Tests. With his talents and time, he has resolved to give back by tutoring students in these subjects and preparing them for the SAT.

Additionally, Wertman has served as a mentor and coach to younger students on the baseball field through the Nova-Davie Baseball Camp and Play Ball!, a community service event where he organized baseball drills for children, teaching them the value of sportsmanship and teamwork. He has also volunteered with Project Béisbol, a non-profit dedicated to collecting and redistributing used baseball equipment and providing infrastructure support for communities of need in Latin America, by gathering used baseball equipment and increasing the organization's visibility. Wertman has played on the school's JV and Varsity Baseball teams since his freshman year and currently serves as one of the Varsity team captains, which has molded him into a collaborative, involved, and positive leader. "Some of my favorite memories at NSU University School, which made it feel like home, happened on the baseball field," Wertman said. "I am grateful for how the entire team welcomed me and treated me like family." Wertman made the Miami Herald All-County Team and HSBN First-Team All-District last year and has been recognized with USchool's Varsity Baseball Athletic Scholar Award as well as its JV and Varsity Baseball Hitter of the Year awards.

Baseball has taught Wertman that no matter how often you fail, you can still overcome challenges and succeed – a lesson he also gleaned from his physics and calculus teacher Dr. Arechabaleta who fled Cuba in pursuit of a better life. "Dr. A inspires me to bring passion to whatever I do, take advantage of every opportunity, and be grateful for the privileges I have in my own life," Wertman said. "Opportunities allow you to learn your true identity, see what you are capable of, explore interests, and collaborate with others." Wertman's family has played an instrumental, supportive role in his life as well, shaping who he is today. "They taught me so many positive and important values such as hard work, kindness, loyalty to family and friends, and selflessness," Wertman said. He also credits the culturally rich South Florida community for influencing his identity. "I have interacted with people from all over the world, which has opened my mind to new perspectives and ways of thinking," Wertman said. His appreciation for diversity and culture is evident in his pursuit to master the Spanish language. Wertman has taken Spanish 5 Honors, is currently enrolled in AP Spanish, and is a member of the National Spanish Honor Society.

The well-roundedness Wertman has embodied over the last four years has also led to him earning recognitions such as being named an AP Scholar with Distinction, and receiving the Head of School Honor Roll Award and The Harvard University Book Award. After he graduates from USchool this May, Wertman plans to enroll in an engineering school at a university that offers him research opportunities and an outlet in which he can continue to develop his talents in STEM along with his interest in entrepreneurism and the stock market. His ultimate goal is to develop innovative solutions to problems society currently faces and will face, which aligns with the others-focused mentality he has demonstrated over the years. "I want people to think of me as someone who not only cared about academic excellence, but also someone who excelled on the baseball field, maintained close friendships, and offered to help other students succeed."